The last is the Maricopa County Courthouse designed by Edward Neild in 1928. It is just Pueblo Deco rather than Art Deco.

It looks like the Mission Revival Style by a continuous arch, a big tiled roof and a foundation of rustic finish. However, as it approaches, details suitable for Deco style are observed. For example. the sculpture of a phoenix on the front entrance or the green and white window mullion which motif is the stalk of a corn. Corn is related to the Hopi tribe of American Indians who regards it as a symbol of fertilization.

Incidentally, I want to introduce the Westward Ho designed by Louis L. Dorr in 1928.

It had been a luxurious hotel and was renovated into a home for the aged in 2004. The contrast between the architecture of the Spanish Colonial Revival Style and the radio tower on the roof constructed in 1949 are somehow good.  The building is symmetry while the radio tower is decentered. Its feature looks humorous as if a hat had been swinging in the wind. If the radio tower is taken away, it would look grave. The marvelous balance is exquisite for a home for the aged which atmosphere tends to be a little dark.

By the way, in the opening of the movie "Psycho" which Alfred Hitchcock directed in 1960, a camera pans and shows downtown Phoenix.

The camera shifts from the Professional Building which had put a big sign board on a roof in those days to the Lurhs Building in a clockwise direction. Even if a big radio tower is shot, the location is different from that of the Westward Ho. At last, the camera ends to pan and zooms up to the window of a simple building on the other side of the Lurhs Building. In the room over a window, the heroine whom Janet Leigh performs absorbs in love affair. I forgot to see this building since the Lurhs Building diverts my attention from it. Regrettable ! 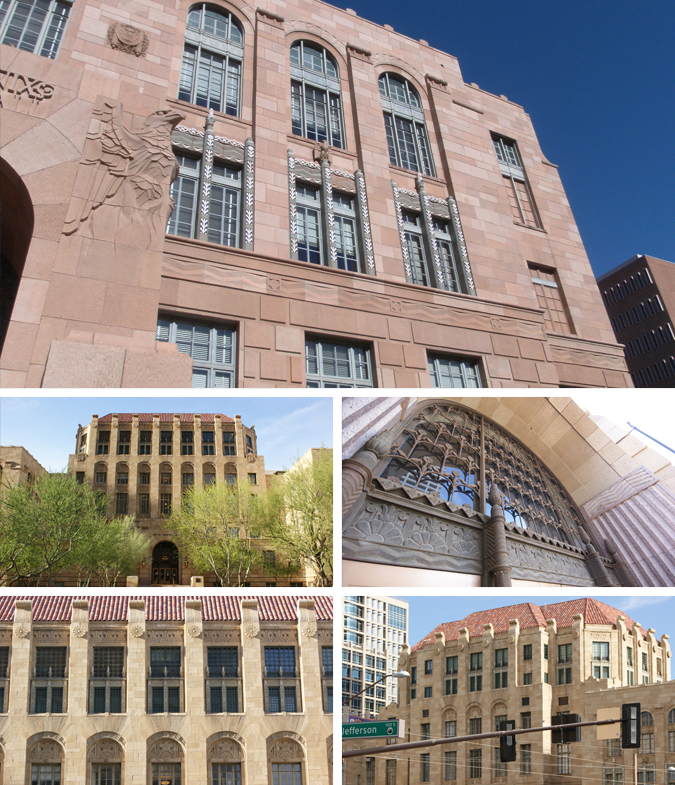 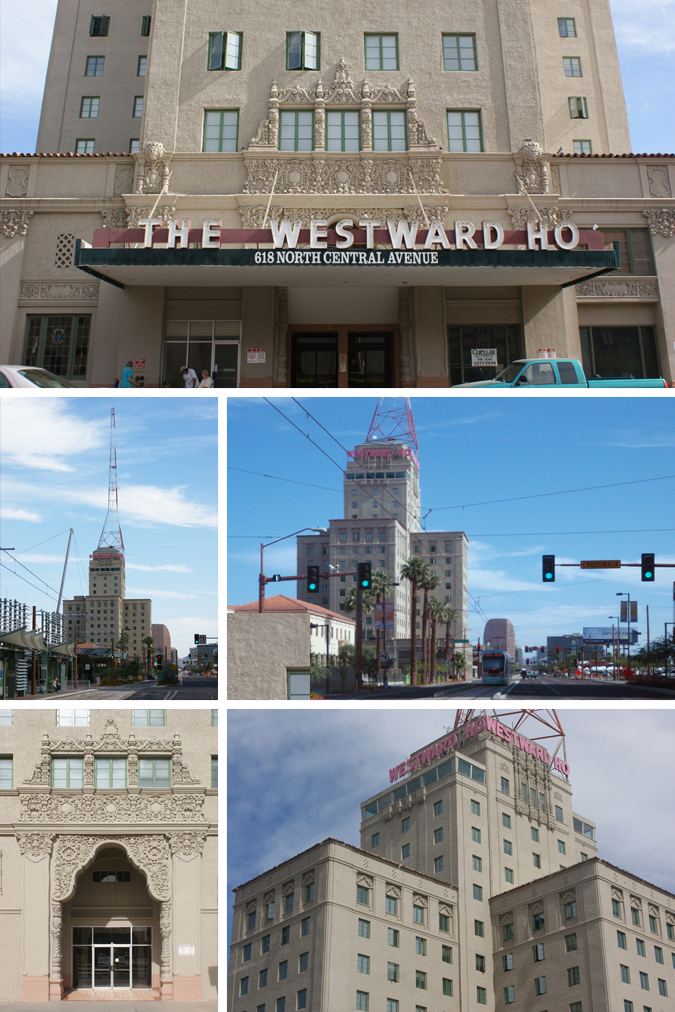