One's too skillful ability often turns out one's ruin. It is also true for Trost & Trost.

To them who had outgrown small works, large-scale projects went on. The number of projects exceeds 650 even only in the Southwest. It is a prodigious number. As the scale of a building became larger, their design came to keep up with the legitimate trend of the time like the revivalism of Classicism or Art Deco.

Since I didn't visit El Paso where their works remain most, I cannot tell about their works in exaggerated manner, but some works in the main street of downtown Albuquerque and Lurhs building and Lurhs Tower, which were built in Phoenix by the leading real estate agency, Lurhs Family, and had represented Phoenix for a long time, are reperentative works of those days.

Each is designed skillfully and looks seemly. However, in order to have accommodated themselves to the trend of the time, their color has faded on the contrary. The locality, which the residences in their early stage had acquired, became weaker and they seemed to challenged to the match by the main standard of those days.

In Albuquerque and Phoenix, it is easy to compare since their works are within narrow area. Among those, the works which I watched closely were Occidental Life Building and Lurhs Tower. It shows that the true worth of Trost & Trost is the architecture which reflected the climate of the Southwest and emphasized an ornament that would surely become outdated soon.

Occidental Life Building belongs to the revivalism of the Venetian Gothic style, which imitated Palazzo Ducale in Venezia, but it was considerably overdue from the second half of the 19th century when it had been popular. The corridor with repetition of a pointed arch is like the development system of the arch of horizontal colonial architecture rather than Palazzo Ducale with arches multilayered vertically. While the strong elements like an arch and a four-leaf window are noticeable, a plant pattern, which Palazzo Ducale didn't have, is seen between the arches if observed in detail. It is similar to their early residence works. Its edge is a little dim because of the terra cotta as the material, however the architecture looks gorgeous with such a detail.

Even so, I was surprised with the extensive styles among their works. In the undeveloped region which belonged neither East Coast nor West Coast, the number and the quality of clients would be different and the dexterity was surely indispensable. The essence of the regionalism in a frontier district might be neither Colonial Style nor indigenous culture but the "dexterity" that they could respond to any request of a client. 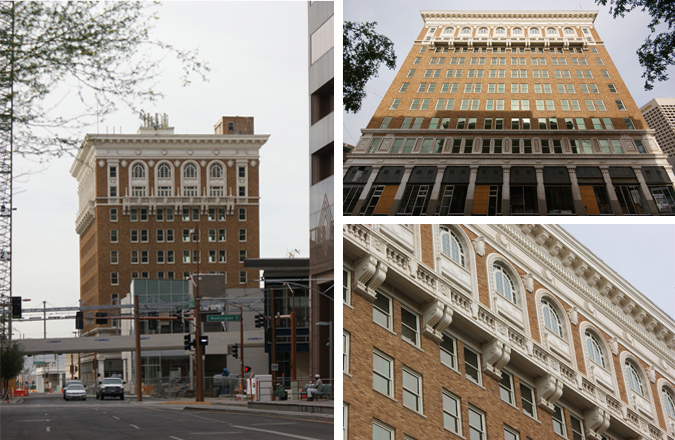 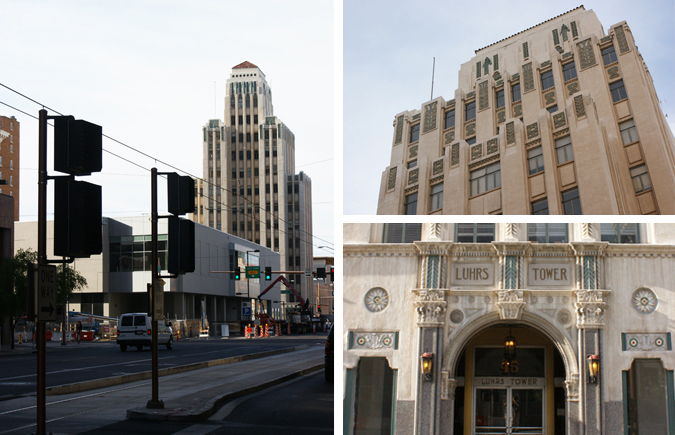