In the sense of Japanese, "Bed & Breakfast (B & B)" may make imagine a simple accommodation facility. But in the United States, it should often use a historical residence and take a charge more than a normal hotel. Most of B & B are run by an individual, so it is a valuable opportunity to experience an American house and an American style hospitality.

Arizona has such a lot of B & B. Except for the summer when is the off season, most of B & B require 2 nights at minimum. Among them, it was Marie's Engaging B & B in Tombstone that I was able to ask one night stay.

It is located at a quiet residential area, about 5 minutes’ walk from the downtown of Tombstone with the townscape of the western frontier period. In 1906, it was completed. A large green roof put on a white and neat facade doesn’t seem an adobe structure and the roof extend to a porch with pillars facing the street. It seems to be similar to the Bungalow style popular in America at that time.

The interior is also finished in white and it is difficult to find a sign of an adobe structure. A adobe housegenerally has a simple and square window and a ceiling that exposed a rafter supporting a roof and a sheathing board, so the form of the Bungalow style used for a wooden or brick structure is unexpected. The builder might interpret the material to apply to the actual circumstances of the region.

In an adobe structure, the wall are thick and is difficult to transmit heat, so it is cool and comfortable in the interior. The house followed the effect of an adobe that corresponds to the harsh Arizona climate and budget and had been succeeded in the region, meanwhile its design puts distance from the old style adobe architecture. It seems to reflect the change of the air at the turn of the era.

Every B & B usually has several guest rooms. This B & B has an elongated living room adjacent to the entrance and two rooms with independent water supply system along the living room. Behind the main building is the second story’s house where the owner lives now.

In the photos, the rooms seems to be decorated too much. In actuality, the living room as well as the guest room were comfortable. Its comfort is not a stifling air with full of the owner’s taste but an amiable air by the things that lead up to the family memories and history.

The wife, who had lived around the world accompanying her husband who belonged to Air Force, returned to this house which her mother possessed after his retirement and opened this B & B. All items like the furnishings that decorate the room, the dished served for breakfast are memorabilia which they obtained in the country they stayed or visited on vacation.

Egypt, Libya, the Marshall Islands, Japan, the UK, the Netherlands, various places and cultures meet together in Tombstone and the world is condensed in a small space. When I listen to her explanation about the origin, I felt pleasure to travel around the world at a trot.

Such proximity to the owner, the personality of the B & B that reflected the living life of the owner, and the sign of the time which lodges to only an architecture that the family lived long and cherished. It is a charm that a hotel or new accommodations can’t produce. In an Estancia in Argentina, accommodations that renovated a old mansion of a latifundist, a guest communicates with an ower similarly. However, the Estancia has an air that a guest is invited to a rich friend residence meanwhile the B & B seems to visit a distant relative’s home.

The B & B is a place where a guest can know a decent life and the quality of comfort for a normal citizen in the United States.

Transportation
5 minutes' walk from the main street of Tombstone.

Link
Marie's Engaging B & B 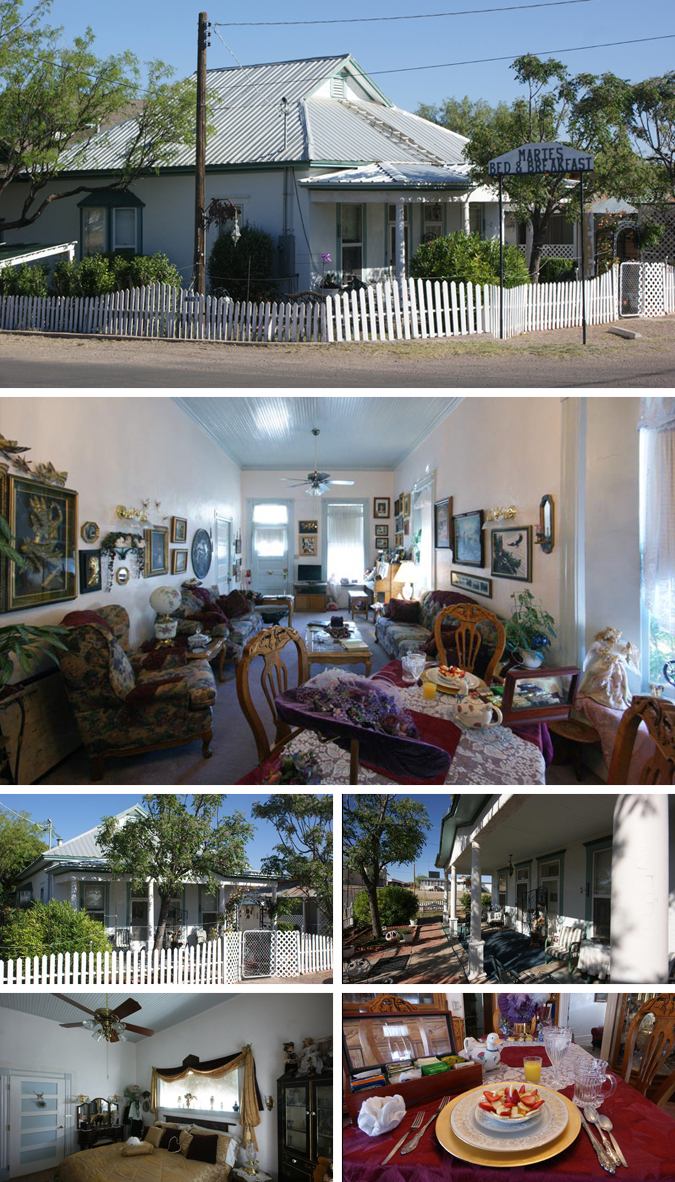 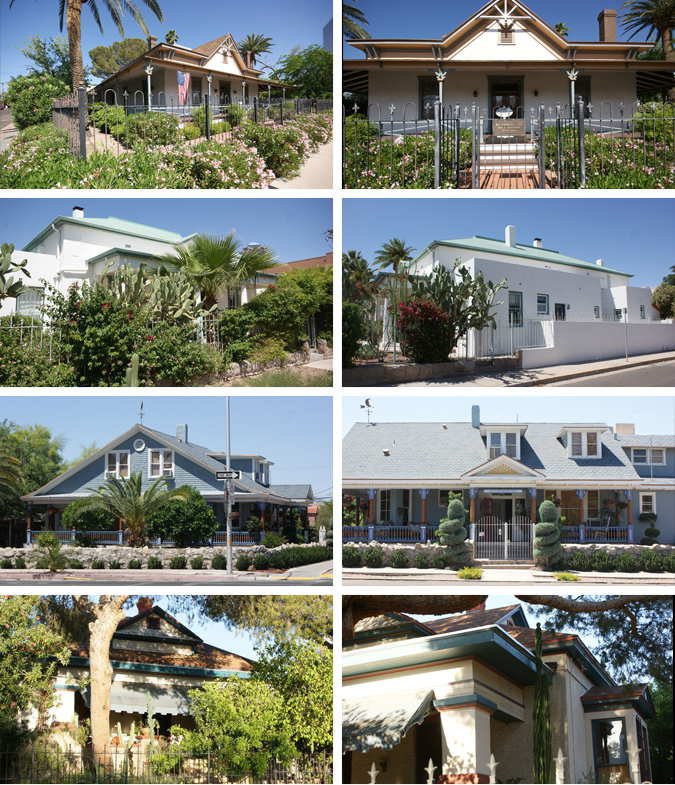