Yorojima Island has an area of 9.48 square meters. The highest point is 297 meters. From the sea, it looked like a steep island with mountains standing like a folding screen. In reality, a large flat land spreads behind the village along the cove, and the mountains are quite distant from the village.

The village stretches from north to south along the cove. Along the beach is a beautiful tide-water control forest with a depth of about 5 meters. Adan, which bears pineapple-like fruits, grows densely and creates a subtropical landscape. It looks like the scenery from the old days. In reality, the village directly faced the beach, and this grove was planted in 1968.

Beyond the forest, the first wide street stretches. On the seaside of the street, hibiscus and fuyo bloom brightly between the rows of Adan trees. The other side is lined with houses surrounded by coral stone walls. About 50 meters inland, another wide street as the main street with several shops and a clinic runs extending north and south. Many narrow roads with overhanging trees and bordered by a coral stone wall connect both streets. At the back of the main street is a partially bulging residential area on the downhill slope. Among houses, an elementary and junior high school, a post office, and a covered sumo wrestling ring are disposed, and, on the south side, the magnificent banyan tree towered like a symbol of the community. The large flat land beyond the village is assigned to farmland that has been abandoned partially. Roads and houses overlap in parallel to the gently arcing beach, and the village is obedient to the terrain.

Since it is a small island surrounded by the sea on all sides, I thought that it was a fishing island. It has been an agricultural island whose they have mainly cultivated sugarcane since a few hundred years ago, on the flat land behind the village. Nowadays, the sugar cane fields are abandoned due to the drop in sugar prices by liberalization and the inconvenience of transportation. The breeding of beef cattle, especially calves, is the main industry now.

The current population is over 100 people. In 1955, it had 996 inhabitants, nearly 10 times as many. The owner of the guest house Midori, where I stayed, had done school lunch work for a long time in the Yoro elementary and junior high school, so she has memorized the number of children in the elementary school. The number of children in 2015 was 3. But, in 1988, there were 30 students for the population of 236 people, and in 1967, when the mother got a job, there were 315 students for 698 residents.

In the era when the Satsuma domain governed a few hundred ago, they exploited sugar cane in the Amami Islands and forced farmers to live a harsh life, Meanwhile, the background that the island could support many people shows the agricultural strength of the island that was mainly sugar cane.

Yorojima Island is a place like a remote island for Amami Oshima Island of a remote island, only connecting with a small ferry. However, in the days when the sea was the mainstream of transportation, it was a relay point for ships from Amami Oshima Island to Tokunoshima Island, so it had not been an isolated island in the far-off sea. The name appeared in 16th-century famous literature, and the remains of the embankment construction 250 years ago remain. Yoro Elementary School was founded in 1873, seven years later after the modern education system was created in Japan according to the school system promulgated in 1872 after the Meiji Restoration. The fact that an elementary school was established on this small island in the early days also shows the status of the once island.

Now, Noevir Cosmetics has set up a research facility on this island that is not easy to visit to develop products that use seawater, and at the same time, a house that accepts urban elementary and junior high school students to study abroad in the village. Even with 4 or 5 children, this is a corporate initiative that is a big step for a small island suffering from a decrease in children.

According to the story that the grandmother of another guest house talked while walking in the village, there were many diving customers before, and the guest house earned 700,000 Japanese yen a day. Now, young people have no interest in diving and the heated atmosphere has disappeared. Since ancient times when the Satsuma Domain forced sugarcane cultivation, the island has been swayed by the convenience of the outside world.

Upload
2021.03 Photos in English version, and photos and text in Japanese version

Copyright (C) 2010 Future-scape Architects. All Rights Reserved. Please do not use or upload our photos without permission.
無断転載は、ご遠慮いただくようにお願いいたします。

Yorojima Island : A distant view of the village 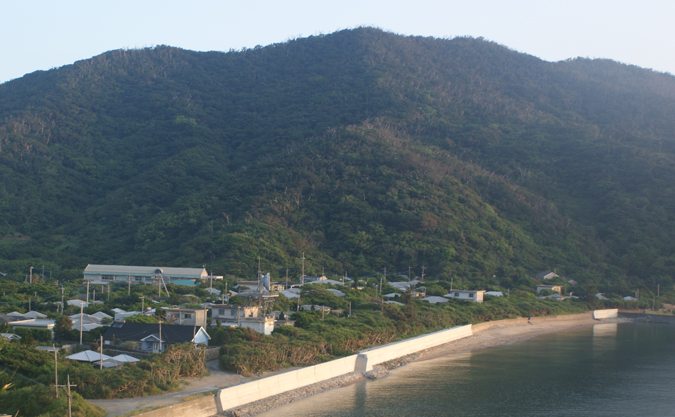 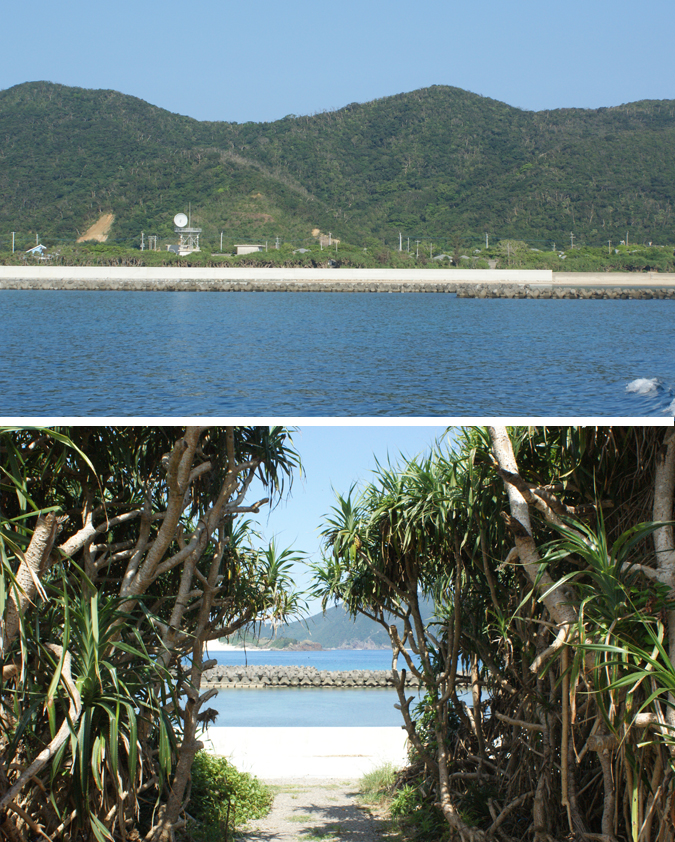 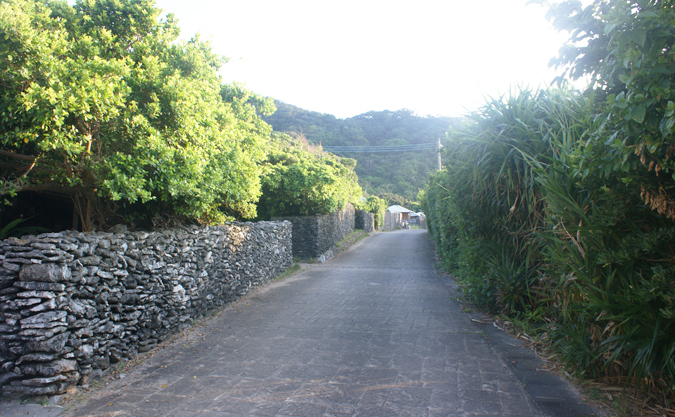 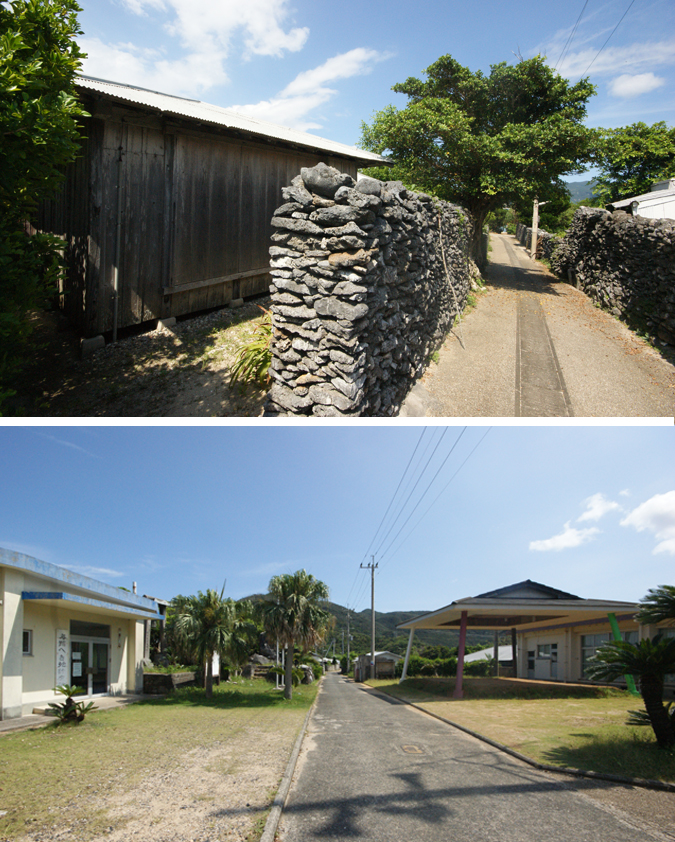 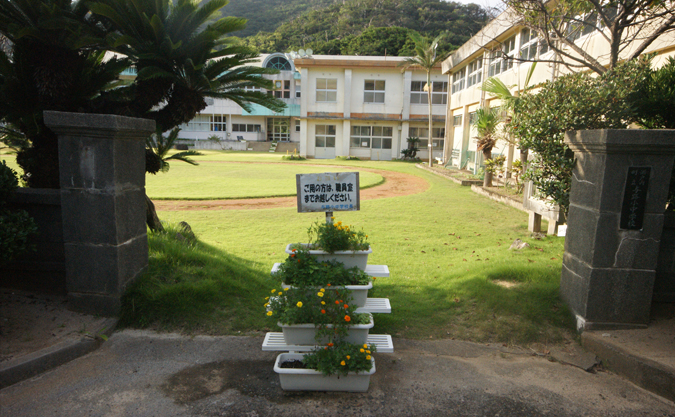 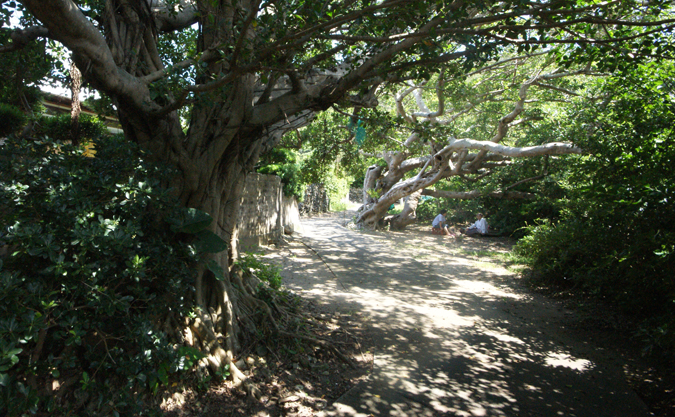 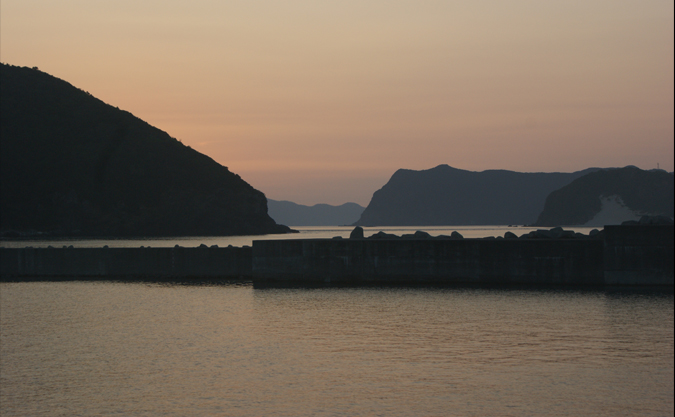