It is only a personal opinion that Aomori Prefecture seems to be a prefecture with a well-balanced population distribution among prefectures in Japan.

Three cities of Aomori, Hirosaki, and Hachinohe with the same urban population of 300,000 existed within one prefecture. If the three cities are combined, its population scale is comparable to a government ordinance city, but Aomori Prefecture doesn’t point to monopolar concentration, and the three are competing in a well-balanced manner, and each city has a different feature as Aomori as a political and economic city, Hirosaki as a cultural and educational city, and Hachinohe as an industrial city. That the downtown of each city is still surviving for the scale of the city is also characteristic.

As the prefectures in Japan where two metropolitan areas of the same size compete, I bring to mind Gunma, Nagano, Shizuoka, Okayama, Tottori, and Fukuoka. The prefecture with three competitive cities would be only Fukushima? However, the three cities in Fukushima are becoming more urbanized and have no strong difference.

Since the Middle Ages, both the Tsugaru and Nambu regions have been dominated by the Nambu domain. At the end of the 16th century, Tamenobu Ohura, a vassal of Nanbu, took advantage of the internal conflict of the Nanbu domain and ruled the Tsugaru region, and it succeeded in forming a relationship with the center, and, as the result, the Tsugaru domain was born. For that reason, even during the Edo period, the relationship between the two adjacent domains was not improved, and no positive exchanges were born.

In 1871, the Nambu and Tsugaru domains became one prefecture in the abolition of the domain system, and it has already passed nearly a century and a half. However, according to “History of Aomori Prefecture” (supervised by Satoshi Narita and Seiichi Hasegawa), even now the dialect between the villages which is 10 minutes on foot in between the point where the checkpoint between both domains was located. Even in the era when regular traffic on the roads and railway between both areas are active, the break between both domains is so severe that the language barrier doesn’t collapse.

In other words, the historical antagonism, which dates back to the 16th century, refused that the Nambu region was merged to the Tsugaru region or the contrary situation after both domains had become one prefecture in the Meiji era and have supported the independence of Hirosaki and Hachinohe as the representative castle town of each domain.

The character of the town is also not changed overnight.

Hachinohe is a castle town that is said to have opened Toshinabu Nambu of the Nambu domain lord, and, since it was close to the sea and had a port, it accepted modern industries in the Meiji era and developed to the current industrial city.

Meanwhile, Hirosaki, the castle town representing the Tsugaru domain, is said to be founded in 1603 by the Tsugaru domain lord, Tamenobu Tsugaru, who changed its name from Tamenobu Omura. To conceal the process that the Tsugaru domain established and ensure legitimacy, they put effort into the culture more than any other domains, and it has led to the prominent cultural assets in the Tohoku region. Even though the birth of the domain was disgraceful, competitiveness to the Nambu domain matured the culture and created the foundation as a cultural city in the present time.

Aomori was established as an outer port of Hirosaki. It first flourished as a shipping port for the Japan Sea route and later as a destination for travel to Ezo, that is, current Hokkaido. In the Meiji era, the prefectural office is said to have been founded here as a result of the battle between Hirosaki and Hachinohe. It developed as a city for politics and economy, different from the other two cities.

After the prefectural office was set up in Aomori, it is no wonder that Hirosaki and Hachinohe didn’t decline. The background of the surviving must be that the character of both cities formed through history could not be easily wobbled and differentiated from Aomori. That the self-sustained air, which had been accumulated over a long period by the antagonism between the Tsugaru domain and the Nambu domain and hated to surrender the enemy, laid deep in the citizens would be also the background.

It may be a great example that a local revitalization is achieved by a nearby unsightly rival rather than a friendly relationship. 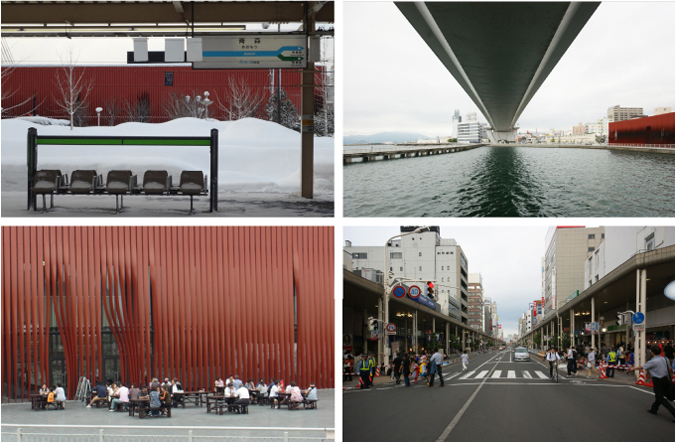 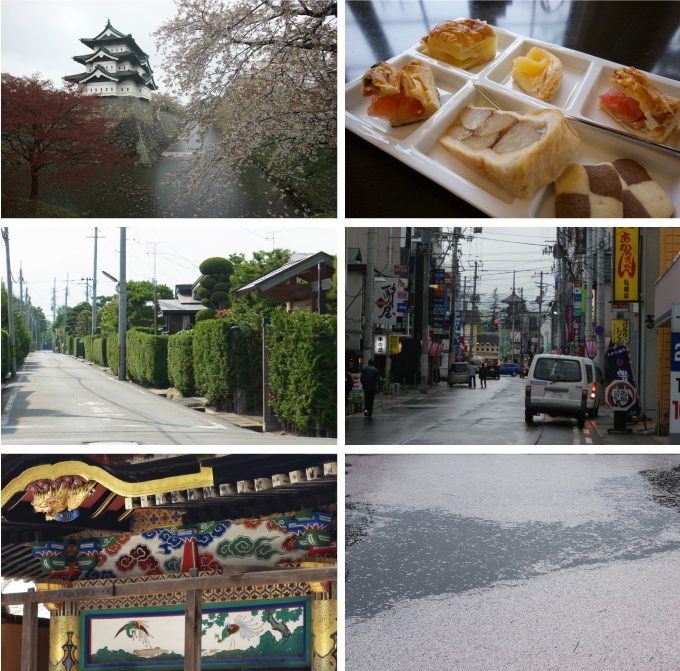 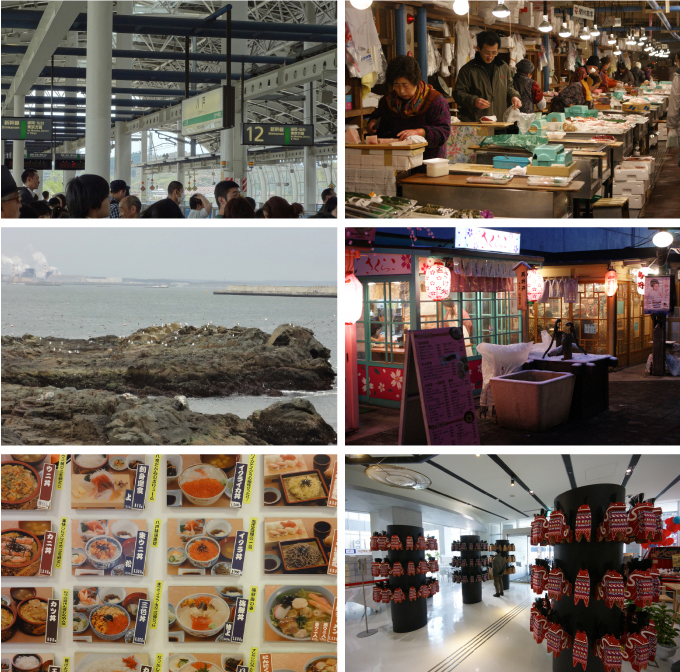