The name of Emburi comes from the agricultural tool Eburi used in scraping to level the water-drawn field flatly. Among Torimonos, the Narigo, which the Toukuro as the leading role of the Naga Emburi holds, is said to be the symbol of Eburi.

On the upper part of a bar about 1 meter, a Narigoita like a votive picture tablet is attached. On that, a bamboo tube, iron piece and steel ring are added and ring the sound as Syang Syang. The bottom of the bar is wrapped with a white paper and put a small branch of pine. Depending on a bar, it is finished with black lacquer.

The Torimono" of other Tayuu in the Naga Emburi is a Kandai originating from a hoe and its tip is turned into a round form like a walking stick instead of a hardware blade of a hoe. Obviously, it is simpler than the Toukurou's Narigo.

Meanwhile, the Jumgi of Torimono in the Dousai Emburi is a simplified form of the Narigo, with iron bars and iron wheels on the tip of the bar. It must be the result that they thought it would be extraordinary if all the members of the same rank held a Narigo meanwhile it would look downgraded against the Naga Emburi if they held a Kandai.

Finally, take up a costume of performers in entertainment of blessing. I didn't have a doubt that their costumes had been succeeded for generations. According to the mothers who watched over their children's turns, it was a handmaid costume that the mothers produced every year.

Even so, since the variety of traditional patterned clothes was not so common even in a big fabric shop in Tokyo, I asked about where they got the clothes. They answered it was be easy to get in local fabric shops. Hachinohe may be a distribution base of traditional Japanese textiles. Otherwise, as the season of Emburi is approaching, a lot of salesmen may visit here.

Whenever I visit the Emburi, I always rediscover the fashionable traditional patterns that could be diverted into up-to-date down jackets if those are arrange a little. 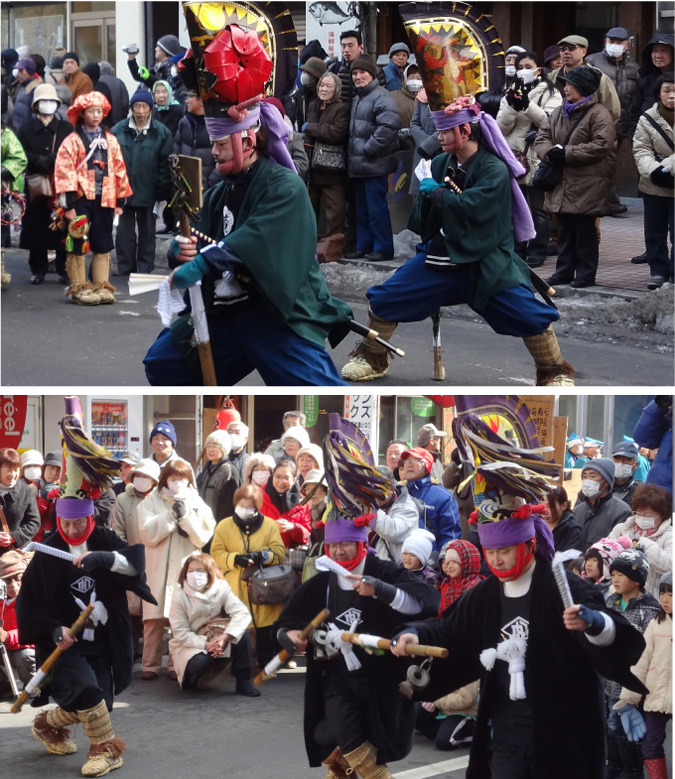 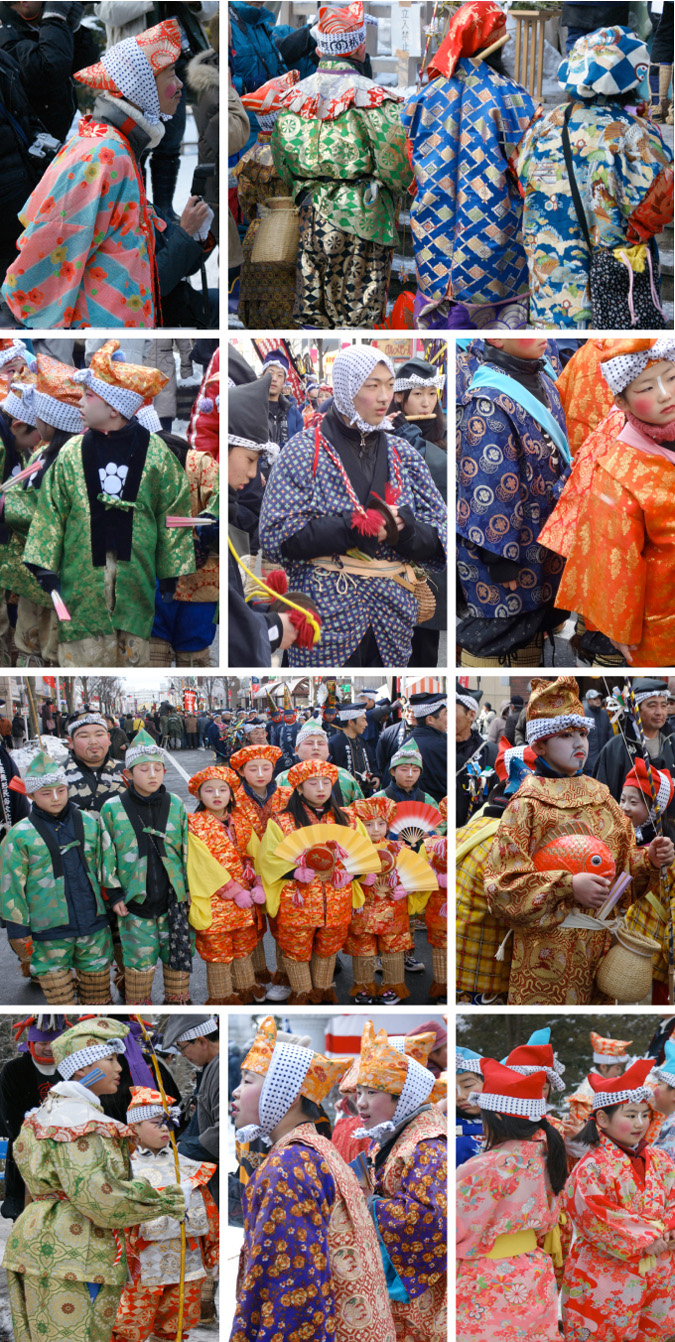