At dusk, a lot of people rushed to the bridge crossing the Manic River and they could not move. People gathered to see the festival parade starting from 7:00 p.m.. Illumination also turned on and the forest was full of color.

The starting point of parade is the temple gate, and a run way like a track in field sports goes around in the forest from the gate. Excluding the special seats near the end point, the audience sat each in their way directly on the ground along the run way. In such a situation, the national character must be revealed. Sri Lanakan people were waiting for the parade calmly without fuss. That is great.

It was past 8:00 p.m. when the parade, which was scheduled for 7:00 p.m., began. A group of fire circle spearheaded, then variety of ethnic dances followed one after another with a decorated elephant in between. They danced wriggling their body softly and rhythmically. It was slightly sensual but moderate and healthy. It is surely Sri Lankan style. Dancers seems to be a group of nearby villagers as well as a group of students from a dance school from far Kandi. Music is also different for each group, from purer drum bands to fife and drum bands. That was department stores of traditional culture in Sri Lanka.

Everyone must have come from so far away to see the festival and there were a crowd pf people along the run way. Nonetheless, people were sleeping in the middle of the island surrounded by the run way. It was a considerable number. They could not hear the dancing rings resonating from all sides or the cheers of the audience? I could not get them out of my mind.c

"Did not you come to see the festival?"

Although I thought that they would wake up soon, they did not have no signs to get up. “Early to bed and early to rise” as their normal healthy lifestyle habits can not be changed?

Turning around 9:00 p.m., the festival is more exciting and eventually it was at 9:30 p.m. when the finale started. An elephant with a stupa on its back appeared on the run way. The crowds of the festival were dispersed and everyone began to pray towards the flower-covered Buddha. Some people were having tears with really serious looks. They did not come to Kataragama only for a fun moment. The atmosphere to see a fun show until then changed into solemn and fresh air.

Thinking that way, I looked at the middle of the island. Still people slept soundly.

"Let's get up only at the climax!"

The festival was over. The wind has also become cool. I'm going to be fast asleep tonight.

Transportation
Within the walking distance of downtown Kataragama.

Upload
2008.01 Photos in English version, and photos and text in Japanese version 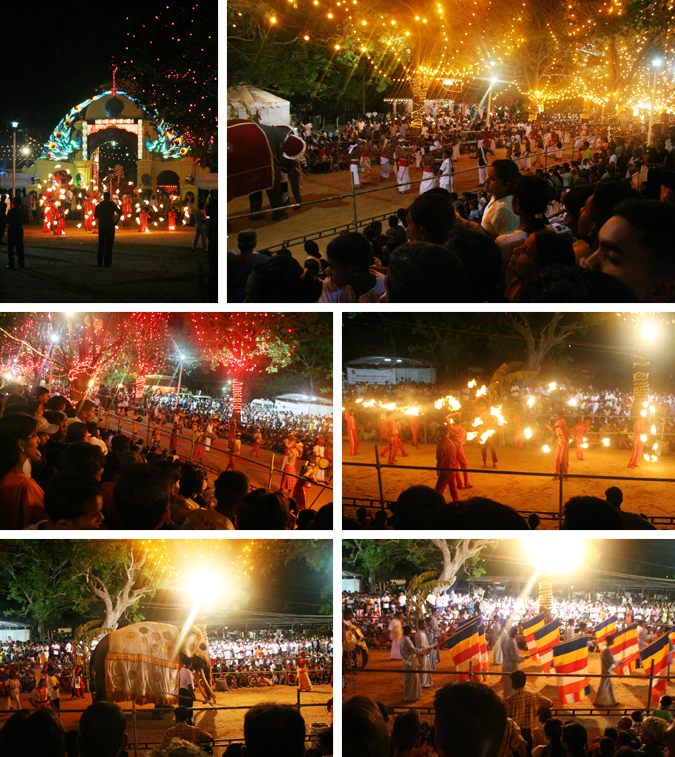 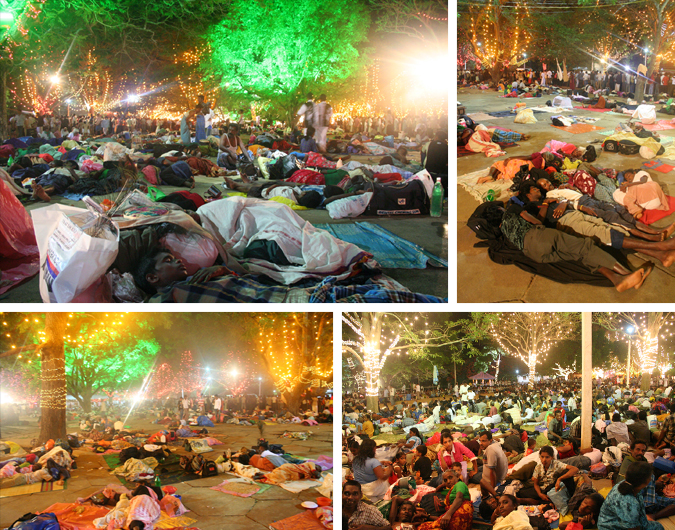 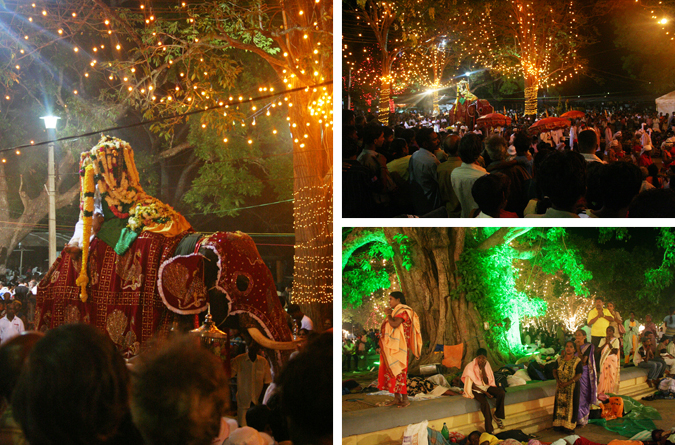