When going up a gentle slope from the downtown of Hirosaki, the entrance of Hirosaki Castle, which is called as Hirosaki Park now, appears.

After crossing the outer moat and entering the castle, the road goes up further. The Gejo-bashi Bridge is the highlight of Hirosaki Castle where they can look up at the castle tower standing on the stone wall of the moat. Beyond that is the Honmaru, the center of the castle. I could finally arrive at the highest point in the castle after having climbed the hill. When walking from downtown, I could physically feel the reason why this place was chosen.

The west of the hill shifts to a cliff, and the terrain of the Hirosaki Castle as its natural hazard is still observed. The west moat under eyes was originally a flow of the Iwaki River, and it also contributed to the Hirosaki Castle to harden the defense and transport goods to the Japan Sea by a ship. Then, when looking up eyes, Mt. Iwakiyama, the heart of religious faith for Tsugaru, stands up in front. Looking back east, the castle tower, which I looked up from the Gejo-bashi bridge, stands on another edge of the hill.

It is said that the five-storied castle tower, which had been usually unacceptable to a lord with no strong relationship with the Tokugawa Shogunate, was related to the fact that the Shogunate positioned the Tsugaru domain as a line of defense against the Ezo, the current Hokkaido. According to one theory, the Tsugaru lord, Tamenobu Tsugaru, raised the threat of the Ezo against the Shogunate and led to the realization of a five-storied castle tower.

In the Edo era, there were few examples of rebuilding the castle tower that was destroyed by fire, but the Hiroaki castle became the exceptional case (although they superficially explained as the reconstruction of the turret) was also the existence of Russia that started the activity to descended southward. The threat from the north brought special treatment to Hirosaki once again.

Unlike other domains, it is said that the special arrangement with the castle's main gate facing north was also conscious of the threat of the north.

In a castle, a castle tower had been a manifestation of dominance over the territory and a display of power against other domains and threats, that is, a symbol of legitimacy. In many castles, a castle tower made a show of the beauty and splendor of its exterior meanwhile the interior had nothing to see in space and was empty. The Hirosaki Castle was no exception. There was no reason for locals or the other party to look inside, so in a sense, the fact that the appearance was effective and showing-off was important.

I don't know about the first castle tower, but the current three-storied castle tower is more thorough in terms of its effectiveness.

The south and east elevations facing the castle town and in the direction of the enemy's Nambu domain, have three Chidori-hafus (triangular-shaped gable) in the center of the tiled roof, and a wall with loopholes to shoot a bow. Those enhance the attraction of the appearance. Besides, a high stone wall is pushed up from the water surface cut down by the moat and the castle tower is placed on it, so the visual effect increases. The height and design let people know the power of the lord.

Meanwhile, the north and west elevations seen from the hill, where Honmaru is located, looks quite stockily built since the three-stories facade comes up from the ground. The roof is simply Hirairi (the form that the building has its main entrance on the side which runs parallel to the roof's ridge) without Chidori-hafu, with no walls coming in and out, and the windows are regular grid windows for daylighting. So, When going up the slope and going around to the hilltop side after looking up to the south side from the lower Gejo bridge, the impression of the hilltop side elevation is so simple that it doesn’t look the same castle, compared with the south and east elevation. The hilltop side, which only insiders can see, had been designed in terms of practical use.

At the time of the rebuilding, while the rank of the Tsugaru domain rose, the financial burden also increased, and it seems that the Tsugaru domain had no room for the construction of the castle. Did the two-sided front and back like a movie set reflect such a financial situation?

Even now, in most of the photos that introduce Hirosaki, the castle is taken from the southeast side. It makes imagine the effectiveness of the visual effects that they racked their brains at that time. .

The Hirosaki Castle, located at the center of the axis of the sacred temples and shrines, is an architecture with a strong profane will more than many castles with similar intentions. It still hasn't lost the position suitable for the town of Hirosaki that is not a mere clean city and is between the amplitudes of the Sacred and the Holy. 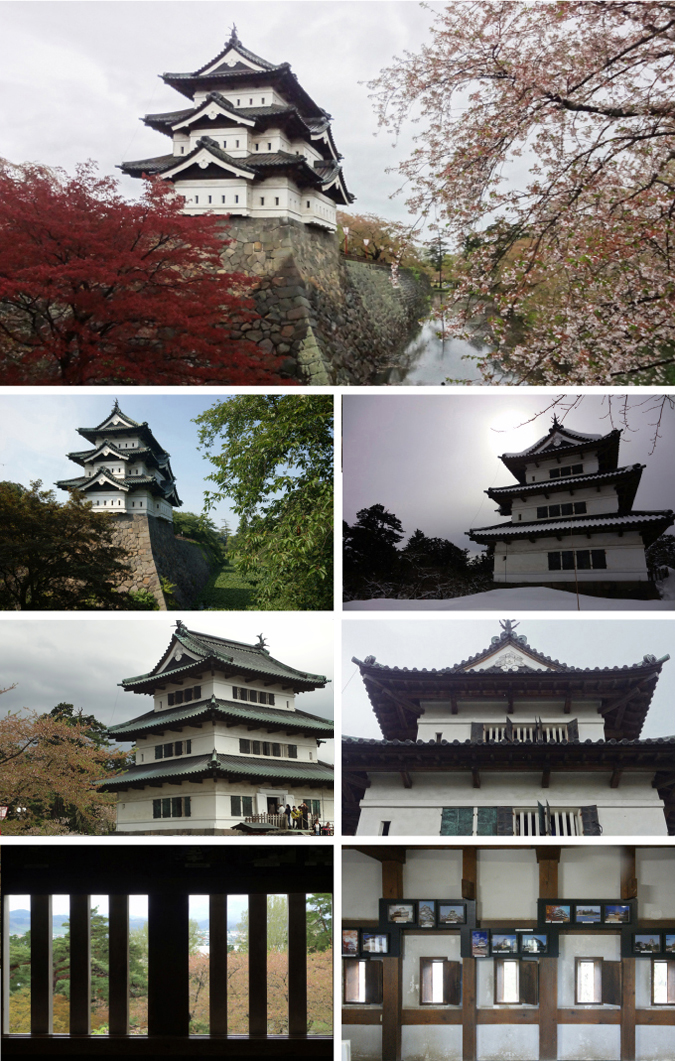 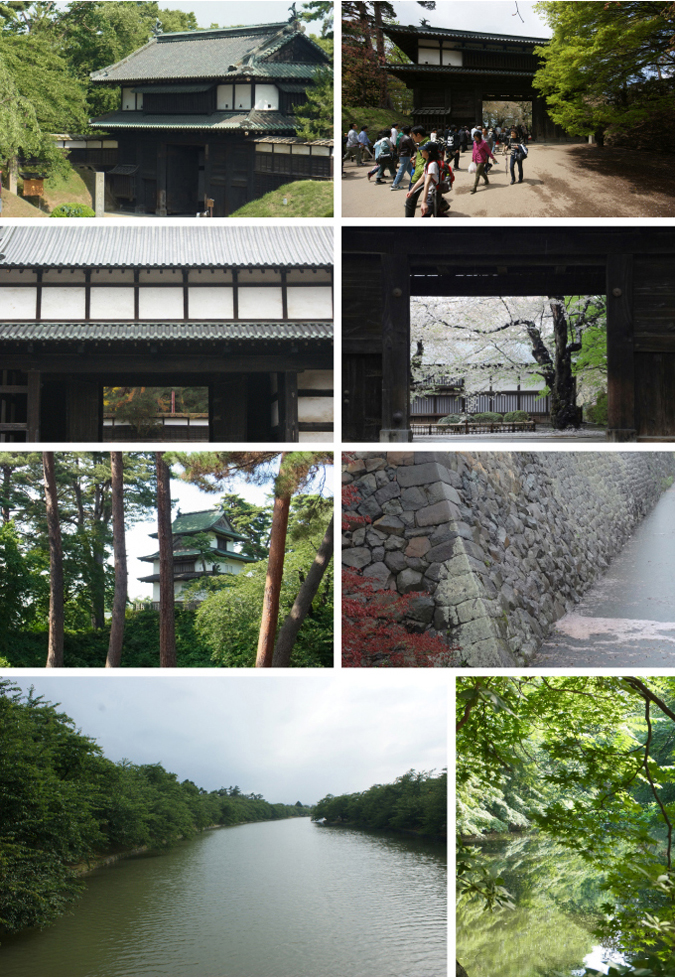 View of Mt. Iwaki from the Castle Tower 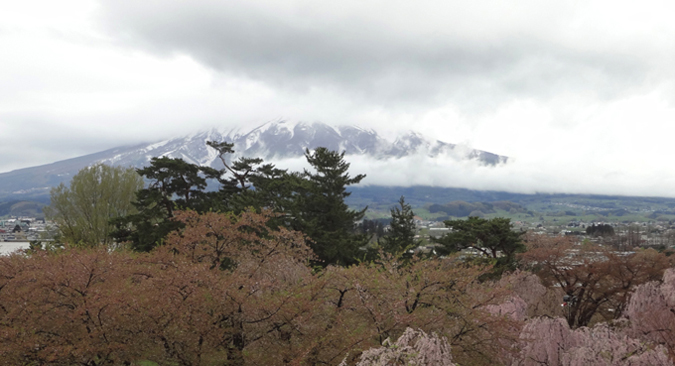