A public cottage located in a heaviest snowfall region in Japan, often as deep as 4 m.

The architectyure is composed of 2 volumes.

Big Box as the outer form finished in black is designed for the maxiimum volume possible within the given budget and realized with details in accordance with local techniques for withstanding heavy snow.

The essential functions for living were placed in a row called Tube. It is finished in white.

Upon integratinf the two, Tube is bent comlicatedly by the restriciton of Big Box, and Big Box is cut irregularky by the bent Tube. The Gap between both generates an unexpected space.

The two space makes the contrastive viewpoint which looks at surrounding nature.

The exterior wall is finished in the traditional way of this region. It looks like local houses which locals are used to seeing and not consious of it : a consideration that the site is within in a park.

The Cottage is disposed according to the axis of north, south, east and west. Therefore, they are conscious of the cardinal points as an axis of the earth. 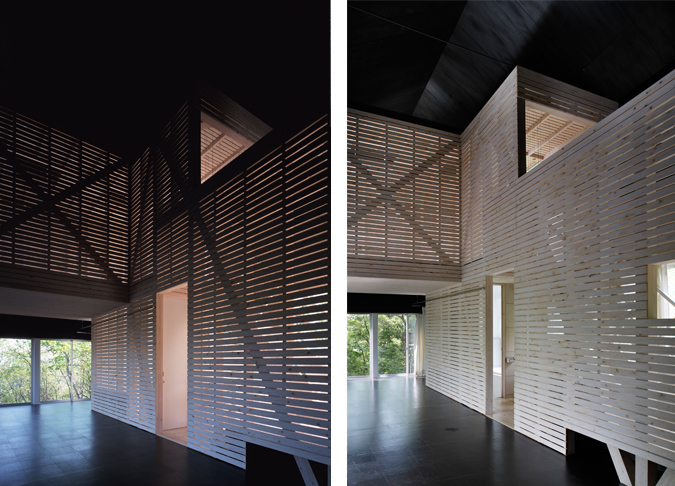 See the interior. Inside "Big Box" finished in black, "Tube", which is finished with a gapped board painted in white, is bent. In the afternoon, the gapped plate of "Tube" emerges with back light. (Left) Japan Architect, (Right) Koji Fujii (Nacasa & Partners). 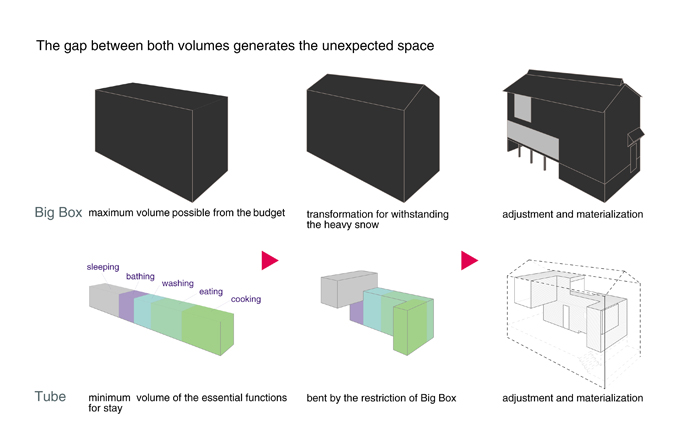 Conceptual diagram of this architecture. It superimposes both spaces, black "Big Box" and white "Tube". 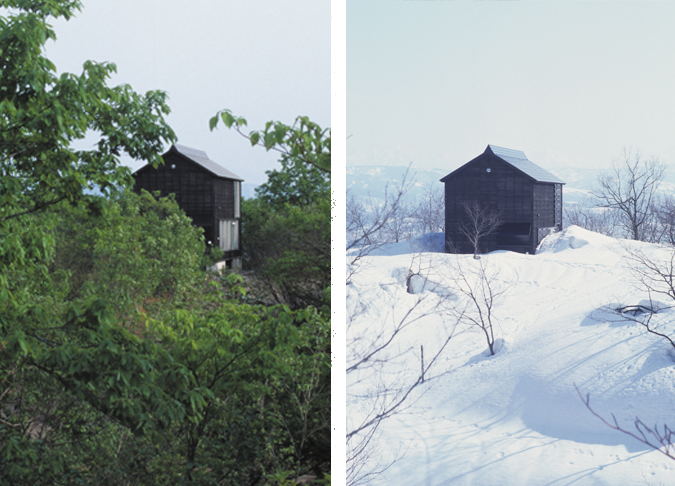 A cottage is located in a beech forest park. The cottage in the left photo is in the fresh green in early May, and the right photo shows the cottage in the time when the snow begins to melt at the end of March. In the winter, snow accumulates up to the height of the eaves. Since it is located in a place where traffic is snowbound, it had to withstand a heavy snowfall without management. The shape of the cottage follows the architectural details of the region against heavy snowfall. 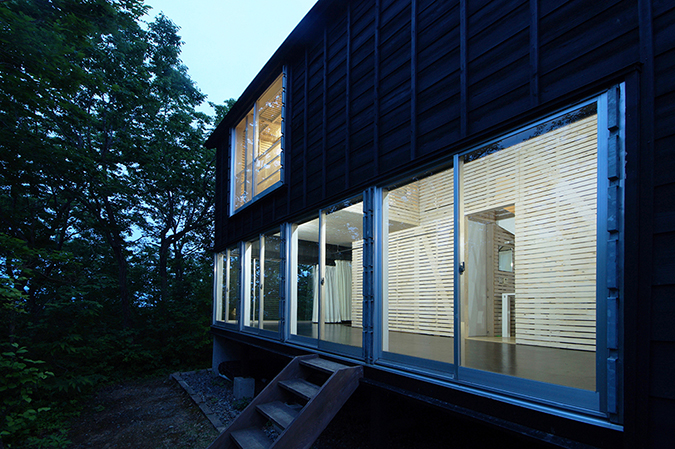 See the East exterior wall finished with a ridge clapboard as the traditional method. The board is painted in a color similar to that of burnt cedar. The construction method, which had been used for a long time in the area and is familiar to the residents, was applied to weaken the impression of the building. 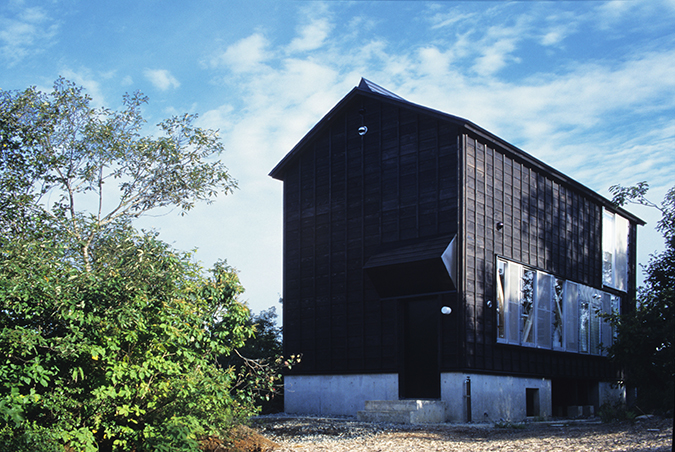 At first glance, it resembles a private house in the area, but when observed closely, it seems to be somewhat different to the extent that it has no sense of discomfort. 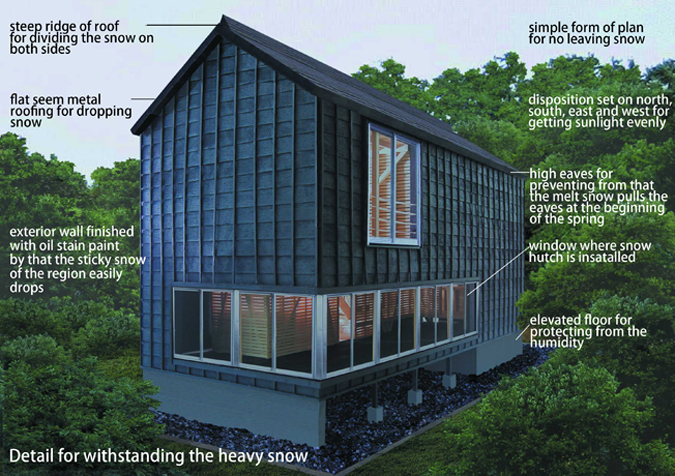 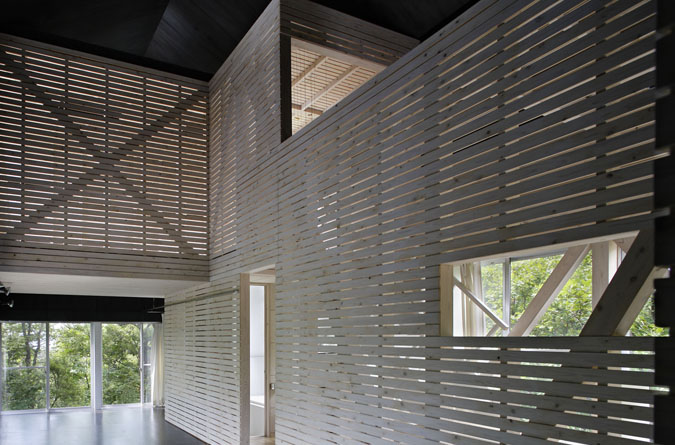 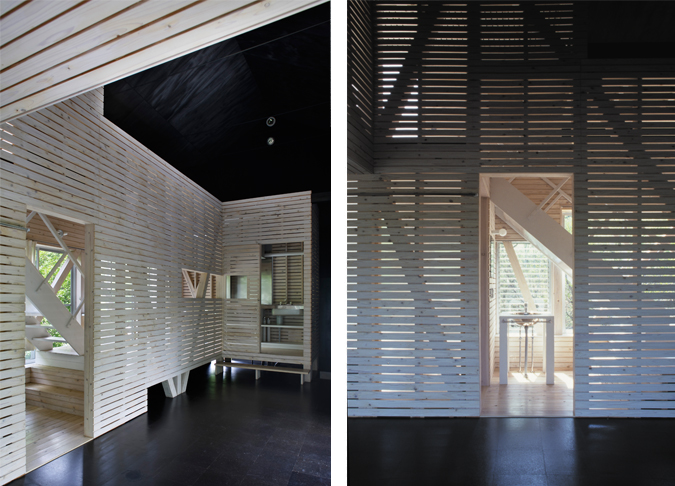 (Left) Bent "Tube" inside "Big Box". Photo: Koji Fujii (Nacasa & Partners). (Right) The inside of "Tube" is faintly visible through the gapped board. 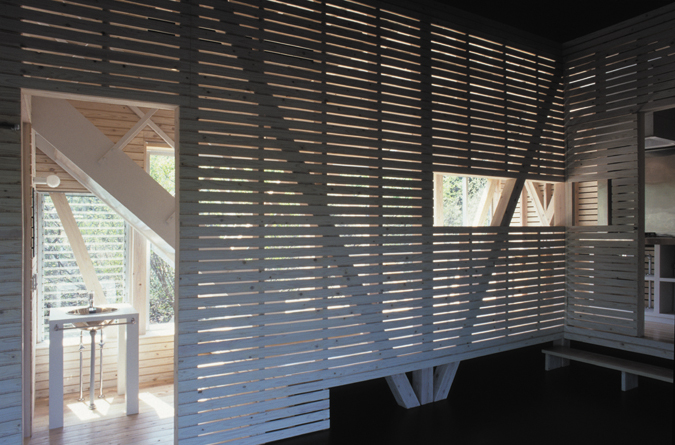 See "Tube" from black "Big Box". The inside of "Tube" looks faintly through the gapped board wall. 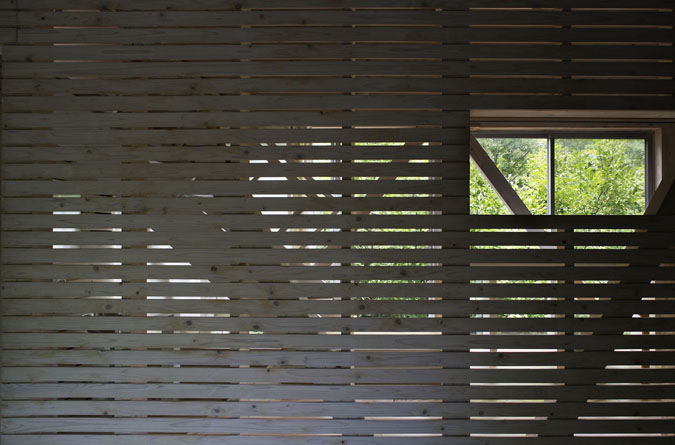 Details of the gapped board of "Tube". The scenery of the forest beyond "Tube" can be seen faintly. Photo: Koji Fujii (Nacasa & Partners). 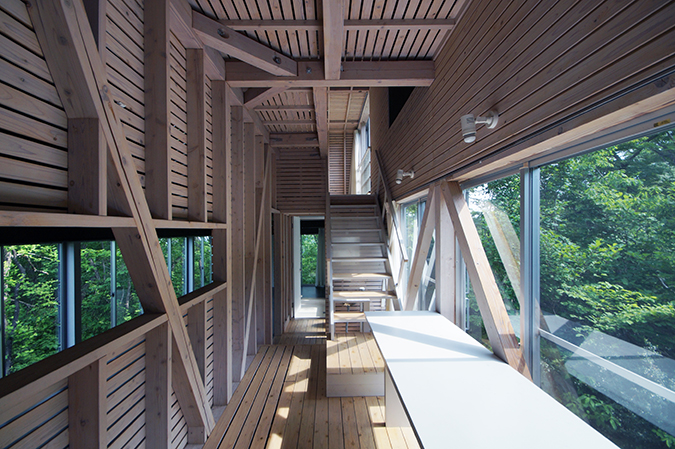 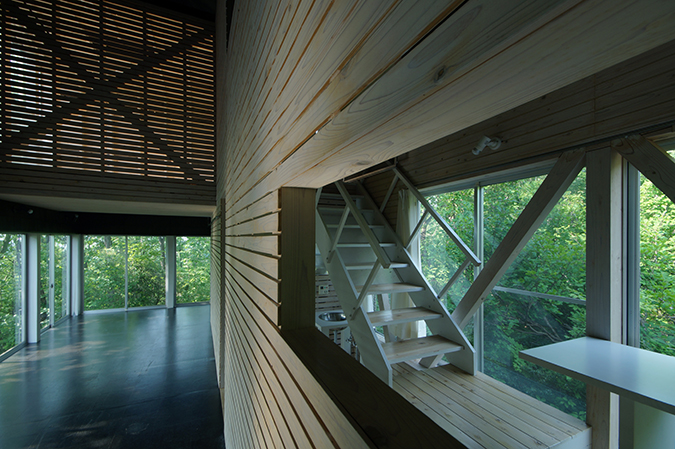 See the inside of "Tube" through the window from black "Big Box". 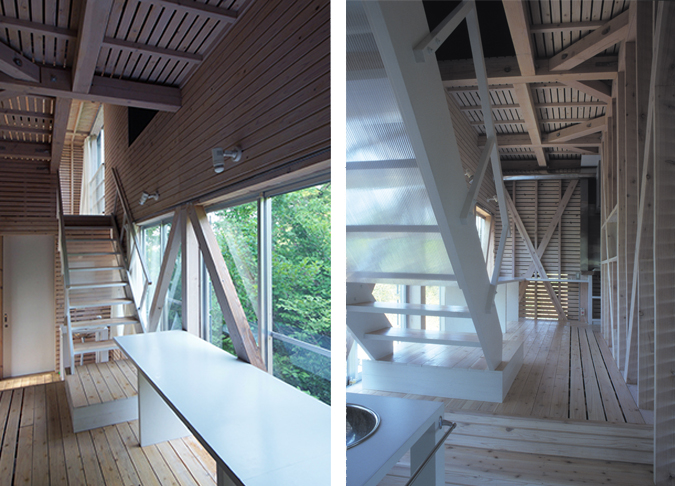 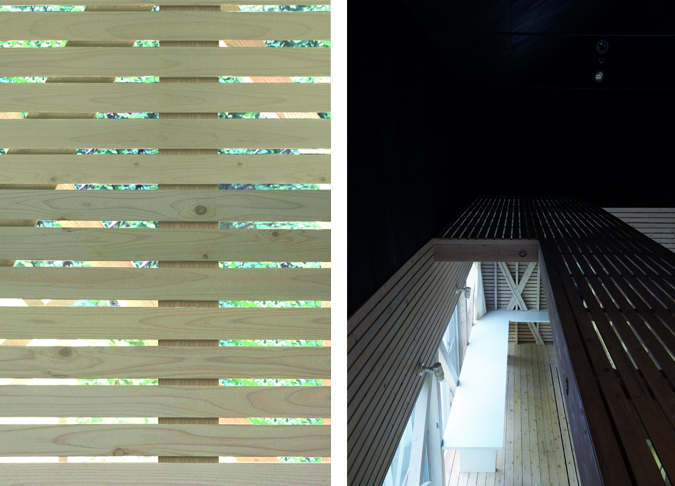 (Left) Details of a gapped board of Tube. See the scenery of the beech forest on the other side. (Right) Look down the dining space on the first floor from the sleeping space on the second floor. 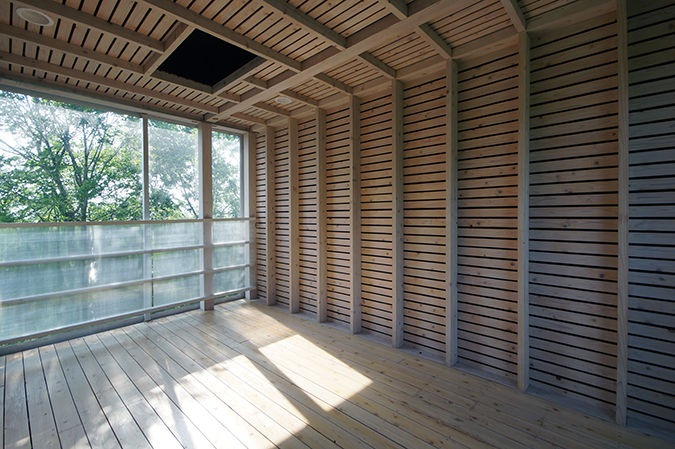 See the sleeping space on the second floor inside ”Tube”. It faces to the east and west and is aware of the orientation, which is the axis of the earth. 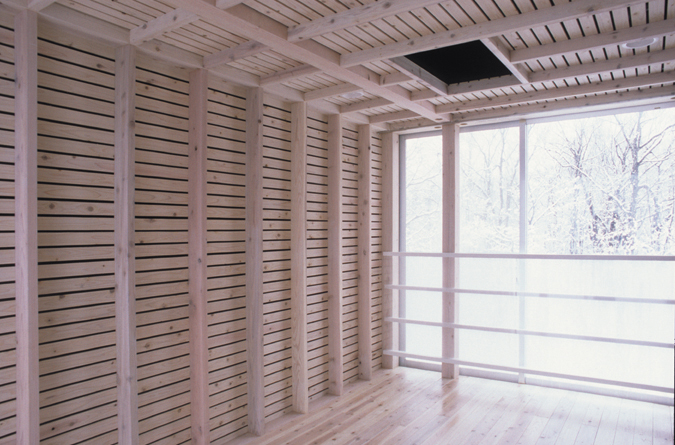 The inside of ”Tube”. A guest can experience the sunrise in the morning and the sunset in the evening.